How to set Smart Objectives

However, in practice, they are often far from clear or even plain wrong.  ‘SMART objectives’ also help with this question but in the world of projects, this discussion can be extended even more.

This may sound obvious but it is a really common mistake:

We see many projects every year.  One of our first questions is always “what are your objectives behind this project?”

Often, people say “to deliver a new computer system”,  or “to deliver it by Xmas” etc.  While they may be true, they are not the objectives of the project.

The first statement simply describes the deliverable (or ‘solution’) and the second is either a target, constraint or both.  Despite this, it is surprising how many times we hear this. 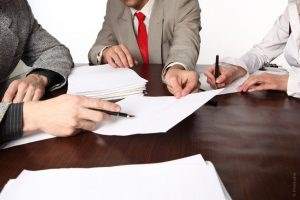 What’s the difference between goals and objectives?

Every project benefits from having a clear goal statement, but goals and objectives are not the same. Goals do not have to be ‘smart‘ but they must be clear.  A project goal statement is not a mission statement; it must never be a paragraph.

Good goal statements are very succinct, often aspirational and they are usually much broader statements than objectives.  Consider this: there is a world of difference between having the goal of “achieve best in class order fulfilment” to “deliver a new order fulfilment (IT) system”.

Ask any business leader which they would prefer and it is clear which one they would choose.

Whenever possible, objectives should be smart and should describe achievements that will contribute towards the goal in a very specific way.

I once worked with a large project-based business that developed a very clear single goal: “better estimates for bigger projects”. It was a perfect goal statement but it was (quite rightly) not smart.  However, over time a series of smart objectives (which people had confidence would deliver the goal) were defined and agreed upon. Not agreeing on these, carefully, with the appropriate stakeholders is a single major reason why projects often fail.

So what should goals and objectives convey?

A project should have a single clear goal statement and objectives that represent specifically and clearly what the owner or sponsor wishes to achieve through the project.

Additionally, objectives (which are important to the sponsor) may also relate to the problem(s) you are trying to solve, not the solution itself.  The solution is just the solution – it is not the objective(s) of the project.

A number of (smart) objectives could then also be agreed upon that specifically support the project goal.  For example, there could be a range of objectives, including:

The agreed objectives will then lead to a series of actions but the actions are never the objectives. Mixing up actions, deliverables and objectives incorrectly is the most common issue we see.

This is an absolute must:

The objectives and the strategy to achieve them should be formally agreed upon by all key stakeholders and must never be assumed by anyone involved in the project. Failing to do this is another major reason why projects fail.

Why is the above important?

So what is SMART?

Smart is simply a way of taking the above further and ensuring that all objectives are clear, appropriate, fundamentally valid and useful.